“Reading a Thomas Locke novel is like racing a muscle car down an empty highway on a hot summer’s day — it’s an exhilarating ride that ends all too quickly.” 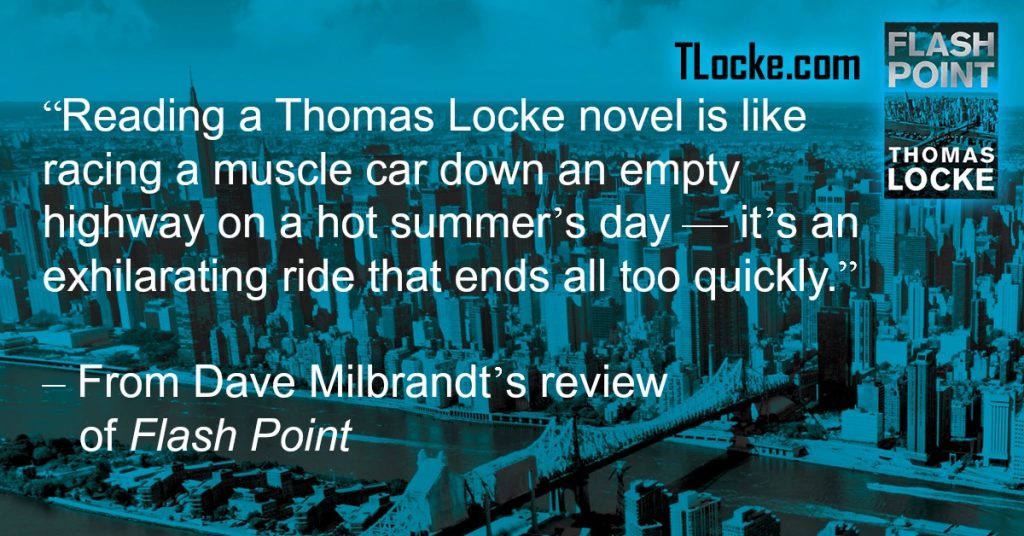 According to the Merriam-Webster dictionary, flash point is:

“A point, place, or situation in which sudden anger or violence could happen; a point at which someone or something bursts suddenly into action or being.”

That being the case, Flash Point, the latest offering in the Fault Lines series by Thomas Locke, has been well named.

There are essentially three story lines being told that you can sense will eventually converge into a final eruption, and boy, do they. In addition to returning characters that were introduced in the first book, Trial Run (which I highly recommend you read in order to understand exactly what’s going on), there are several new characters that come on the scene whose lives will intersect with a select few of the original characters. In some cases new friendships will be forged, in others, old rivalries will be revisited and revenge will be the order of the day. 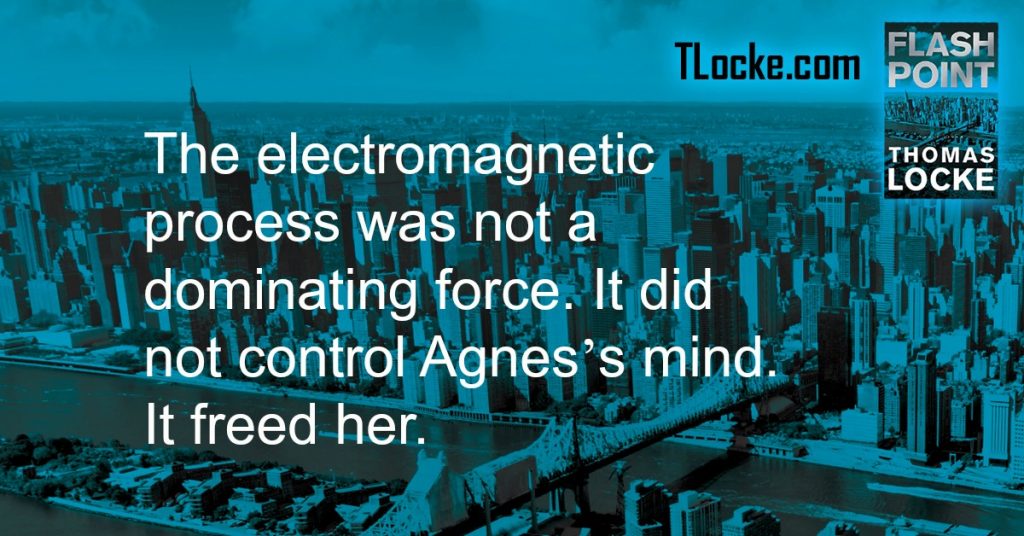 What one man creates to better the lives of others, another man will exploit and use for his own personal gain, usually to the detriment of others. Herein lies the main plot of the Fault Lines series.

Two groups of scientists/researchers have the same technology, or elements thereof, at their disposal. This technology was used in Trial Run by the original developer, Dr. Speciale, and her group, with good intentions.

It was also studied by another group to be used for the opposite reason, i.e., spying for personal gain. The technology is expanded upon in Flash Point and we are given insight into how it can be used to better the lives of various people, those in pain for example, or as a weapon used with the intent to kill by those who are on the wrong side of law and order. The former reason for using the technology is heartening, the latter reason is extremely scary.

While the whole concept of moving through time without being seen by those around us is both intriguing as well as mind-boggling, I hope it is just a figment of the author’s wonderful imagination and never actually comes to pass. Although, given the opportunity to go back and fix some mistakes or make different and better choices, without permanent physical damage mind, I can safely say I would do it in a heartbeat, or less.

For those who homeschool high school students, I could easily see this series used as a unit study to stimulate interest and studies in various areas of math and science. These studies would create some very deep discussions regarding quantum theory, the ethics behind aiding others in dying, philosophy, etc.

I thoroughly enjoyed and recommend this second book in the Fault Lines series and anxiously await the next addition.