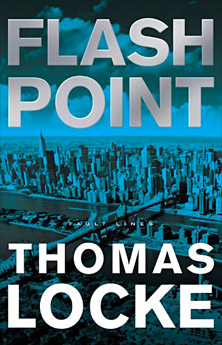 The thrilling sequel to the best-seller, Trial Run, dubbed “Best Book of 2015” by Suspense Magazine

What if the limits of time and space were breached?

Lena Fennan is a low-level financial analyst with a high-powered conviction. Just as she’s on the verge of a life-transforming windfall, a mysterious invitation draws her into a series of events that threatens to crush her. But captivated by a glimpse into a breathtaking future, Lena refuses to give in.

Reese Clawson emerges from prison gripped by the slow burn of revenge. She aims to track down everyone who had a hand in destroying her—and take them out. First on the list is Charlie Hazard, who will be snared by their shared secret.

As events and places become tangled, Lena and Reese are pulled into a collision course that could redefine everything—even the limits of human possibilities.

Junior financial analyst Lena Fairchild loves managing risk and making money. Yet when she gets a mysterious invitation to take a leap into the unknown, she does not hesitate. Soon a series of events takes her to the brink of destruction. But Lena refuses to give in, entranced by glimpses of a future that redefine everything.

Reese Clawson emerges from prison gripped by the slow burn of revenge. She will track everyone who hand a hand in destroying her–and take them out. First on the list is Charlie Hazard.

As time and space become jumbled, Lena and Reese are pulled into a collision course that could alter the parameters of human consciousness.

Flash Point, book 2 in the Fault Lines techno-thriller series, releases August 2, 2016, from Revell. Available in hardcover, paperback, and eBook formats, this pulse-pounding story combines the science of today with possible scientific breakthroughs of the future. 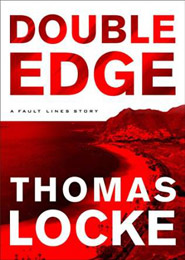 Discover how it all began in this explosive prequel to Trial Run . . .

There isn’t much that can throw Charlie Hazard off balance. But the mystery woman with the striking eyes and the intense request to follow her—now—just might accomplish it.

Knowing little more than her beautiful name, Charlie leaves his post as a guard at the Satellite Beach community center for what he thinks is just another risk-containment job.

But Gabriella, an experimental psychologist, has far more in store for him than protection duty—if the two of them survive the test.

Leave behind your perceptions of what is possible and race into the unknown corridors of human consciousness in this breakneck prequel to Thomas Locke’s Trial Run.

“Locke’s work transcends genres – a techno-thriller that challenges assumptions about the nature of reality and human consciousness, laced with romance and corporate intrigue. Skirting the frontiers of quantum physics, it twists the space-time continuum and the fundamental doctrine of cause-and-effect. Reminiscent of The Matrix, the story opens new possibilities of perception and action. It is a beacon for those who dare to see beyond themselves, and master their own destiny.”

“Flash Point takes off right away and never slows down. Readers are quickly engaged in the story and find themselves wondering what comes next. Locke does an impressive job staying true to the high-level science involved in the story, while making it understandable to the average reader… Fast-paced and intriguing, Locke’s latest installment of the Fault Lines series leaves readers eager for more.” 4 Stars