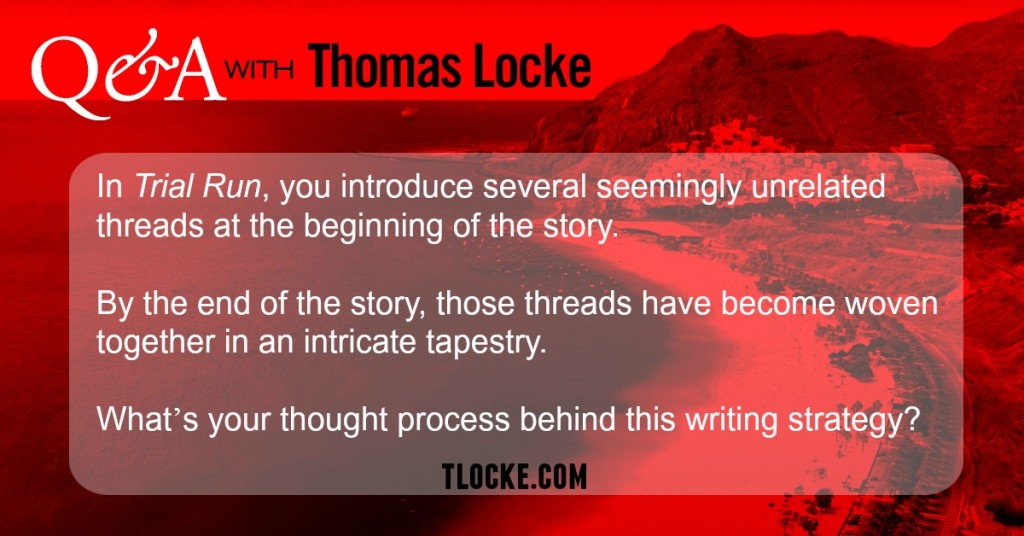 Q: In Trial Run, you introduce several seemingly unrelated threads at the beginning of the story. By the end of the story, those threads have become woven together in an intricate tapestry. Please explain your thought process behind this writing strategy, and also, how you envision your reader as part of this tapestry.

Thomas Locke: One of my favorite authors, a man who taught me a great deal through example, was Michael Crichton. Ever since he passed two years ago, I have wanted to write a story that emulated what I considered to be the finest components of his writing style. Trial Run was this attempt. 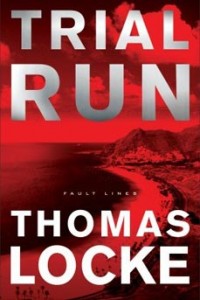 Michael Crichton was a master at weaving the tapestry. The story begins with a multitude of different strands, which at first do not appear to be connected. It is only through the passage of time and pages that the reader sees how they are all absolutely necessary to arrive at the final closure.

One other element is crucial to making such a story work. This concept comes from writing for film, which Michael Crichton did as well – one of the few bestselling novelists who successfully transitioned to this other writing style.

As I begin working on my own film scripts, his example has again helped me a great deal.

This concept can best be summed up by the phrase you often hear a Hollywood producer say: “Where is the cut?”

By this, the producer means, what can you leave out of the script so that the audience must figure things out for themselves?

Instead of spoon-feeding the audience every item required to move to the climax, things are left unsaid. This sense of vacuum draws the audience into the action, and hurries them forward to the story’s close. Michael Crichton was one of the first authors to apply this concept to fiction.

I have tried to do the same in Trial Run.

Questions for my readers:

Does this “tapestry” story structure work for you?

Captivate your readership with the “tapestry” method.

How Thomas Locke enhances his storytelling with the “tapestry” method