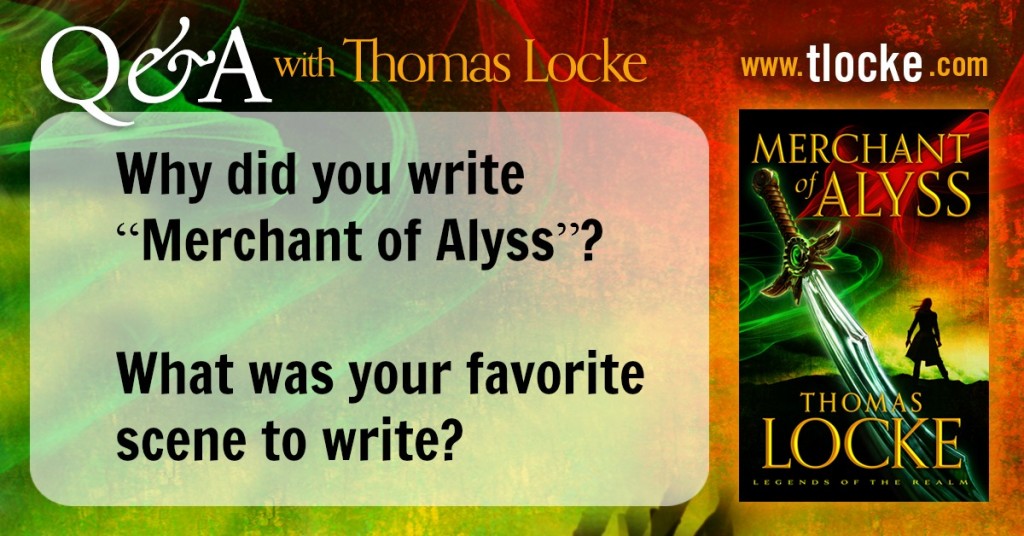 Q: Why did you write Merchant of Alyss?

Thomas Locke: I began work on Merchant of Alyss before Emissary (book 1 in the series) had been accepted for publication. I had no idea anyone would accept these stories, since they were so utterly different from what I had been writing up to that point. But I was so captivated by the concepts and the emotions that I had to write it.

Q: What was your favorite scene to write?

Thomas Locke: My wife was speaking at a conference in San Francisco, and I had come along to play spouse. I rented a bike and was cycling around the city when I was struck by the image of a guard standing on the parapet in a fierce winter storm, watching a new crimson mage. Who then turns away from the city, walks down to the magic grove protecting Hyam’s home, and attacks.

By the time we returned home, I had the first quarter of Merchant of Alyss mapped out.

If you’ve read Merchant of Alyss, did you have a favorite scene? I’d love to hear about it in the comments.

Thomas Locke reveals his favorite scene from MERCHANT OF ALYSS