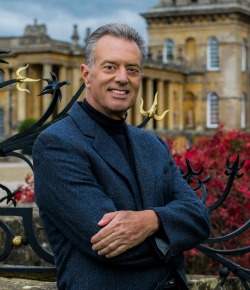 His work has been published in twenty languages, and critical acclaim includes four Christy Awards for excellence in fiction and his 2014 induction into the Christy Hall of Fame.

Thomas divides his time between Florida and England, where he serves as Writer In Residence at Regent’s Park College, the University of Oxford. He holds a lifelong passion for epic fantasy, science fiction and techno-thriller stories.

Thomas’s screenplay adaption of Emissary is under development as a feature film with a British production company.

Book Thomas Locke for an Interview 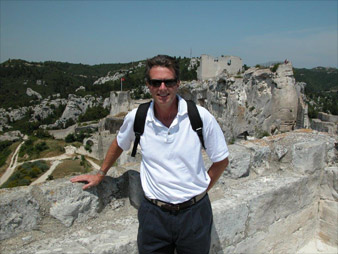 In the Dark Ages, after the Romans retreated from France, North African pirates began preying on coastal villages along the Mediterranean. The kings of France ordered a line of guard towers to be erected inland, where the Alps descended into the coastal plains.

A last remaining fragment of the original wall, overlooking the descent to the coastal plains. 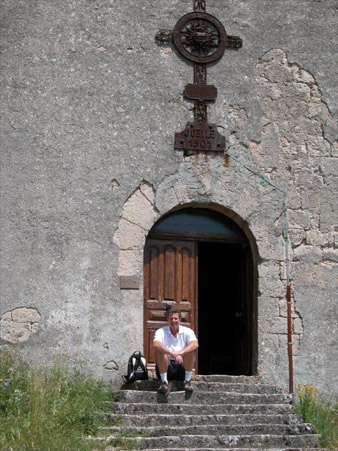 Ruins of a fortress castle. 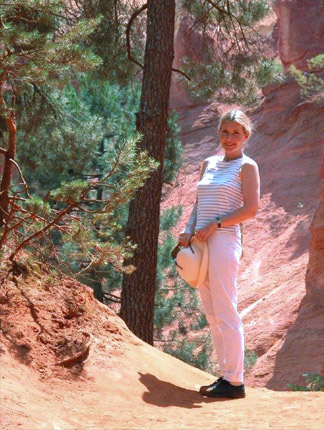 My wife, Isabella, during our medieval trail hike in French Alps. 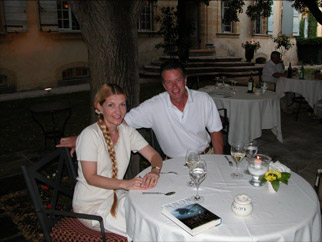 Isabella and Thomas dine in the French Alps. 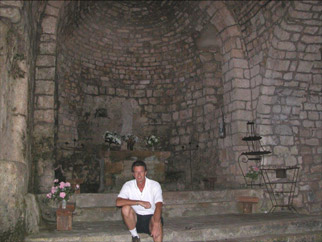 A church embedded in the shield-wall, over 1,500 years old. 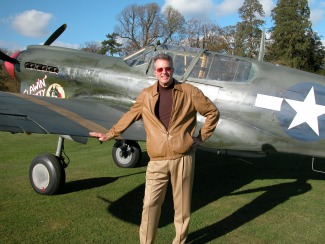 A friend who’s a pilot with British Airways bought and restored this WW II Mustang, “Clawin’ Kitty.” He landed it on an old grass landing strip in England, used during World Wars I and II. 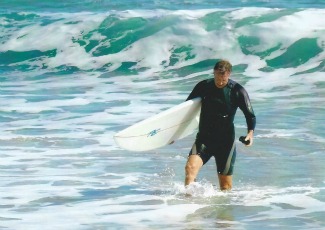 My passion is surfing. My sister shot this picture of me coming out of the ocean. It was my last surf before Isabella and I left to live to England.