In my new techno-thriller, Flash Point, some of the voyagers “ascend” to a realm beyond physical confines. When they return, they’re possessed by a reptilian-like beast. 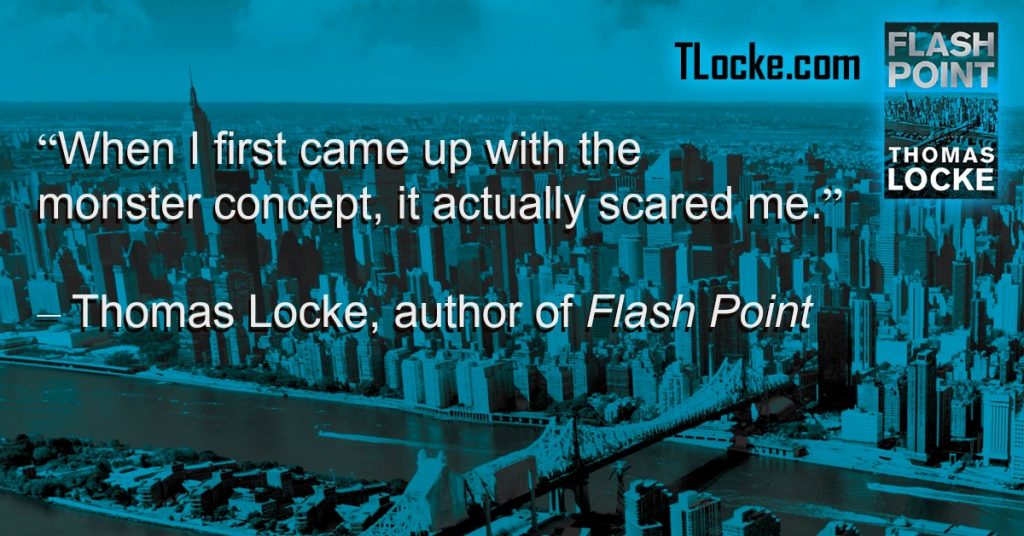 My purpose in introducing this inhuman element of evil was straightforward. I wanted to rock the readers’ world.

The issue was how to introduce an element of danger within this different realm. For the danger to be real, to have the biggest impact, it needed to transition from the relatively limited framework of one explorer of this new realm, to the here and now.

When I first came up with the monster concept, it actually scared me. So much so that I needed weeks and weeks to come to terms with what it meant before I could write the scenes.

I vividly remember writing that first scene. The monsters themselves were not the issue. The issue was how to create a living, breathing threat that linked this ephemeral world with the reality that surrounds us.

So I created a scenario in which a group of techies explore a new realm where their awareness extends beyond the physical confines. Suddenly, they are brought face-to-face with this other reality. And this reality is present because of their motives.

They seek to use this new extension of awareness as a means of robbing secrets. Their actions are as dark as their motivation.

And as a result, what they find is an element of darkness and danger. This is why I was scared.

5 Responses to “How I Weave the Element of Danger Into my Techno-Thriller, ‘Flash Point’”