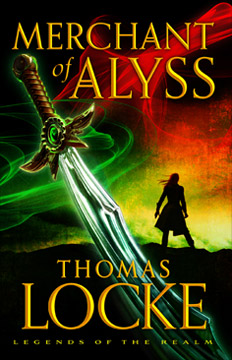 Legends of the Realm: Book 2

With the discovery of an ancient Milantian scroll, Hyam feels the resurgence of his magical power. But what he discerns in the text could mean war.

Life for Hyam is bittersweet. Admired by the citizens of Falmouth for his heroic rescue mission, he cherishes these peaceful days with Joelle by his side. Yet grief over the loss of his magical skills during the great Battle of Emporis threatens to engulf him. Sometimes he even wishes he had never known magic at all.

When Hyam comes into possession of an ancient Milantian scroll, he is thrilled to feel the surge of power that courses through him whenever he touches it. But what he discerns in the text could mean war. He embarks upon another journey to determine its true meaning and forestall any attack. But as Hyam is seeking answers, he is unaware that the merchant of Alyss is seeking him…

“This second Legends of the Realm book is a mystical journey reminiscent of Middle Earth. Full of mystery and magic, with characters both known from the previous story and new to this one, the reader is drawn into this fascinating world and, in the end, left eager to see what will happen when the journey continues in the next book. 4 Stars.”
— RT Book Reviews

“When I finished Merchant of Alyss, I felt like I was coming back after a long trip to a far distant land. Locke’s descriptions and rich vocabulary again bring Hyam’s world to life. New characters are introduced who bring more depth to the story and the relationships already in place. The different layers of quests continue to hold the reader’s interest, with good treatments of the nature of temptation, responsibility, love, respect, and doing what is right, no matter the cost. 5 Stars.”

“The book had dragons, demons, witches, drama, love and deep changes within the characters. I was captivated by the story. I know there will have to be a sequel, which I am already waiting for. I loved it. 5 Stars.”

“I have LOVED this series and I don’t generally read fantasy. Thomas Locke captures the imagination and paints word pictures with the best. I look forward to the third installment in the Legends of the Realm series!”