Recreational marijuana is a “smoking” hot topic these days, particularly in Colorado and Washington, which were the first two states to legalize its recreational use. 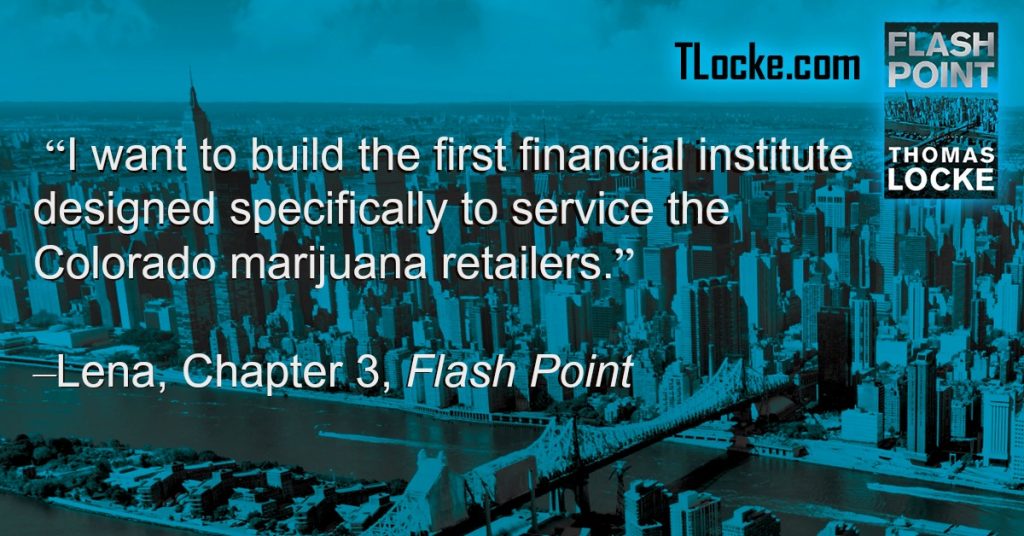 When I first read about the total chaos surrounding the “legal pot” issue, I thought, hmmmmm…

I was looking for a hot topic, something that would electrify readers in the opening pages of Flash Point. My protagonist, Lena, is not just some financial analyst working on just another boring acquisition. Yawn.

But the story is not about pot. It is about Lena being forced into a completely uncomfortable position, guided by this voice in her head that tells her to take a step off the cliff and land… Where?

This, to me, personifies so much about our walk in faith. The impossible step, against all the incredible and logical reasons to stay with the tried and true.

Like, for instance, a young believer becoming convinced that he is being called to leave behind a successful business career and become a novelist. Why does that sound so familiar?