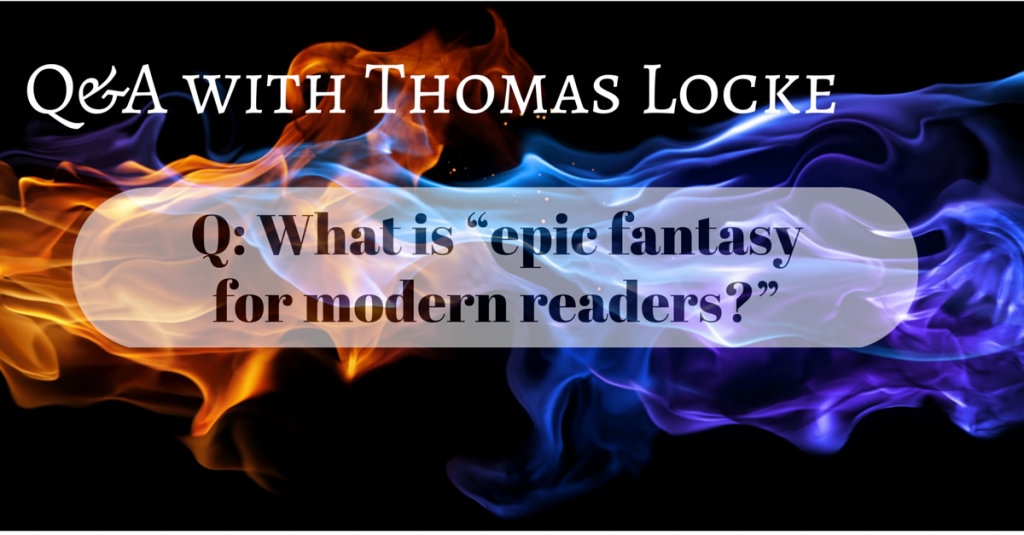 Q: Why did you choose to write epic fantasy and technological thrillers for the mainstream market, when many of your recent books have been contemporary suspense for the inspirational market?

Thomas Locke: For the past several years I have grown increasingly concerned over the all-pervading darkness that nowadays forms the core of both character development and story within the fantasy and science fiction genres.

Last autumn, Publishers Weekly held a global forum on where science fiction and fantasy were headed. A panel that included some of the largest New York publishers and editors in these fields brought several key elements to light. Here are the four points I found of crucial importance.

First, in this last publishing cycle—from January to June 2014—not one book has been released in either fantasy or science fiction that hearkens back to the classical heroic structure of by-gone days.

Second, both of these genres have become redefined by the electronic game industry, which is soon expected to top Hollywood films in terms of both profit and revenue.

Third, the key impact of e-games on both character and story theme was described as “grey-scaling.” This means there is no longer room for either heroes or villains. This is important in e-games because the player is offered the chance to take on every role. None are deemed wrong, or bad. All are equally valid.

Fourth, the classical story structure has been deemed passé. This structure formed the basis for J.R.R. Tolkien’s Lord of the Rings, and for C.S. Lewis and the Narnia series, and has its roots in the ancient Greek heroic structure, many of which were told as fantasies.

A: Long before this conference confirmed my growing suspicions, I felt the question these NY publishers overlooked was, “What has happened to the readers of classical fantasy and science fiction? Are readers satisfied with the direction that these publishers have chosen to take?”

I do not disagree with the new direction as a concept. But I fundamentally dispute this mind-set of exclusively focusing on the new, the dark, and the hopeless.

Twenty months ago, I began working on a new project so far removed from anything I had ever done before, I feared there would be no chance of finding a publisher. But the idea ignited me to the point where I needed to follow this creative passion.

Emissary (book 1 in the Legends of the Realm series) follows the original Greek concept of ‘epic.’ Nowadays the term has been redefined to basically mean nothing more than, long. Originally, an epic tale was one where the principal character sought to achieve a quest. The hero’s journey, both externally and the hero’s need to conquer inner demons, formed vital life-lessons for the audience.

My aim with this fantasy was to fashion an epic that would suit modern tastes. I threw out what has become the standard format for fantasy novels, with their long-winded descriptions and elaborate settings. Instead, I used the sentence structure and pacing of a mystery. It is tight, with what I hope will be seen as a smooth and seamless action-flow that leads to a satisfying crescendo.

This project adheres to the original Greek structure of inherent value, what Hollywood refers to as ‘leave-behind.” In Emissary, the principal character rises from nothing to forge an alliance that has profound and far-reaching impact, simply by accepting the challenge of his own self-worth. 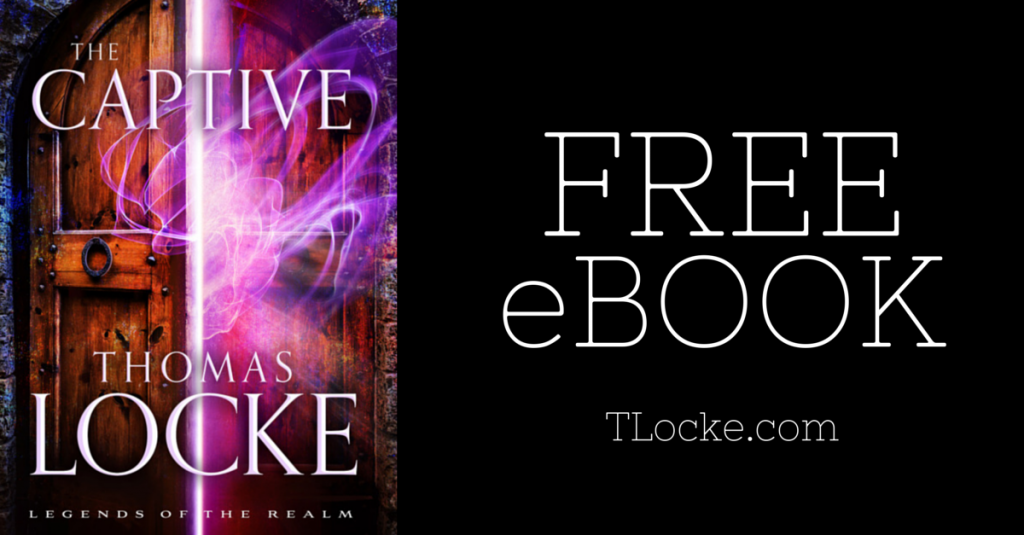 Get a taste of the Legends of the Realm series with The Captive, a free short story excerpted from Emissary. Visit http://tlocke.com/ for handy links your favorite online bookseller.