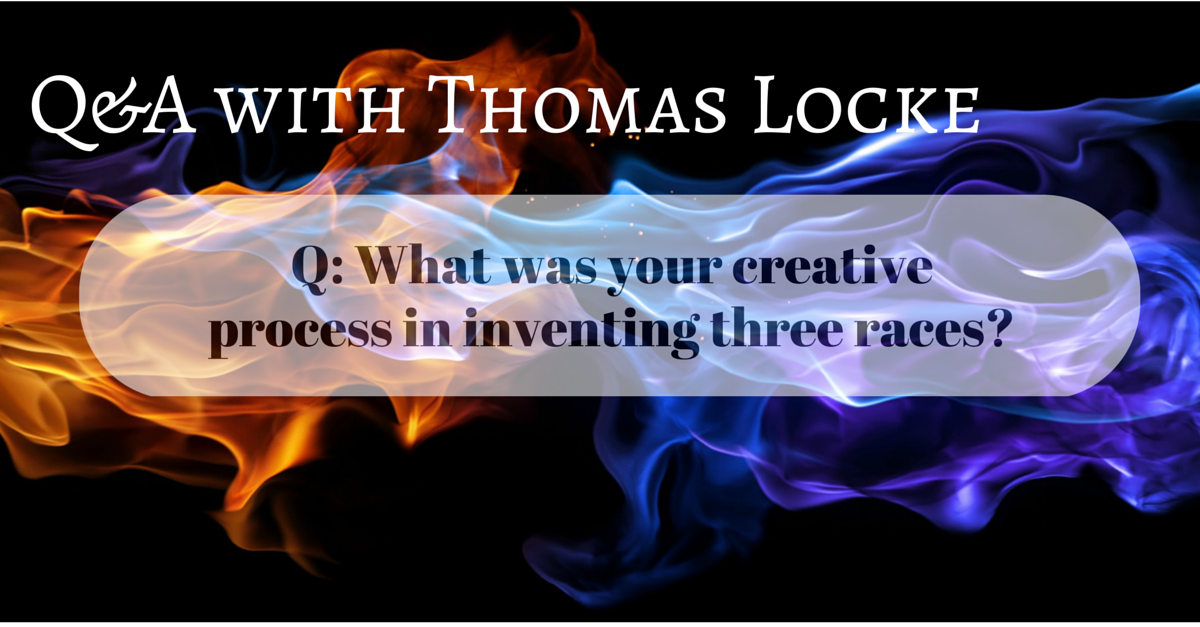 Q: How did you come up with the idea of the Milantian race – “a mighty warrior clan who once brought havoc and woe to the realm”?

Thomas Locke: The basic rule of thumb in writing drama is that there must be a balance of forces. The greater good must be matched with a greater evil.

Hyam, the protagonist, is the first mage in 1,000 years who can sense currents deep in the earth. If I was going to give Hyam unlimited power I needed to counteract that power with something that would be great enough to threaten his life. The Milantian race and all they represent is that counter force.

Q: You also introduced humans, elves, and Ashanta. Tell us about your creative process in “inventing” the elven and Ashanta races.

TL: I like what Tolkien did with elves in The Lord of the Rings, and I wanted to do something different. So I introduced them as a race that didn’t exist. They had been destroyed by the Milantians (so everyone thought), and because they were so few in number, they hid. Hyam is the first person in 1,000 years – besides the occasional secretive tinker – who comes in contact with elves.

The development of the Ashanta race was very different. Readers may wonder: Are they human? Or are they not human? I don’t bother to answer that question, because it’s not important to the story.

I wanted to create a race that considered themselves superior, so I gave them telepathy. I made them proud and stubborn – a pain in the neck.

One Response to “Q&A With Thomas Locke: Describe Your Creative Process in Inventing Three Races”