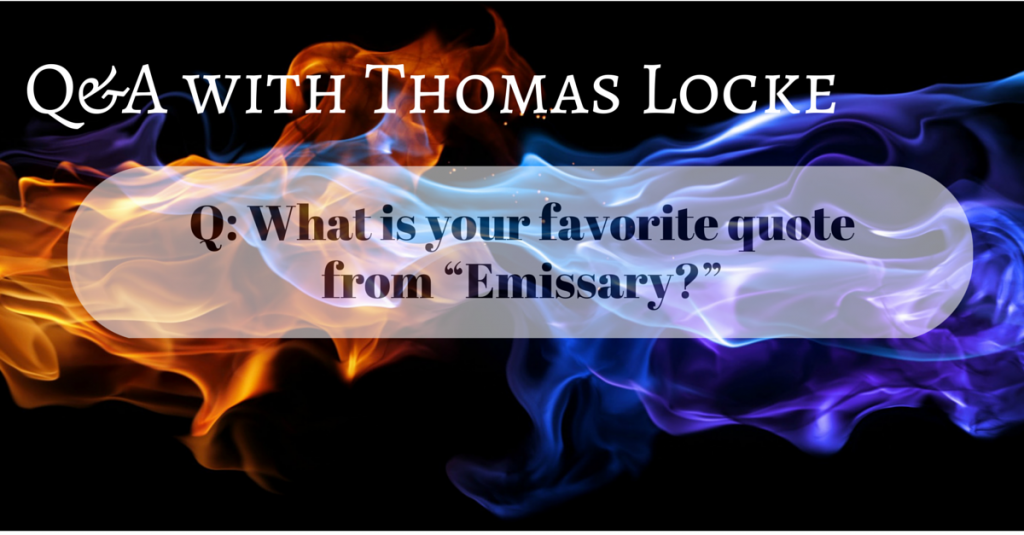 I used my favorite quote from J.R.R. Tolkien as the structure for the story:

“Not all who wander are lost.”

He’s placed on a road that’s not of his choosing. A women who’s been the bane of his existence since he was a child tells him that war is coming, and that his personal feelings are not important.

Hyam has a choice to make: he can either dwell on the unfairness of life or he can use the amazing abilities he has and move beyond who he thinks he is and who society expects him to become. If he accepts this quest, he can never go home again.

3 Responses to “Q&A With Thomas Locke: Do you have a favorite quote from Emissary?”