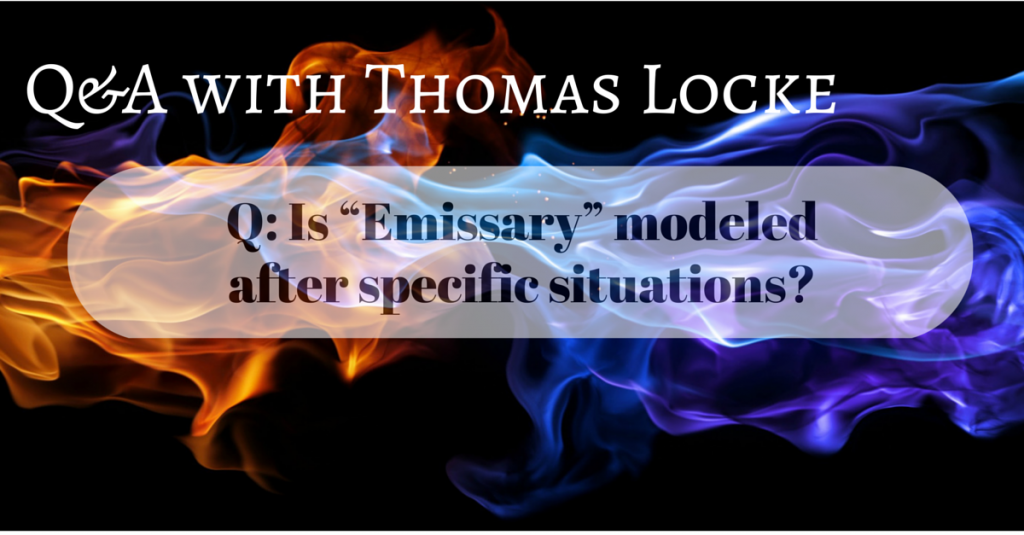 In about half the stories I write, there is a specific instance on which I model the story structure. But not in the case of Emissary. One morning, it just sort of arrived. I had a sense of walking into a full-blown concept of what I wanted to do.

There’s one scene in particular where I felt like I could see it playing out. It’s the scene early in the story where Hyam enters the Ashanta settlement and his childhood friend, Brenna is waiting. I won’t tell you more because it’d be a plot spoiler, but you’ll recognize the scene when you read it.

One Response to “Q&A With Thomas Locke: Is ‘Emissary’ modeled after specific situations?”