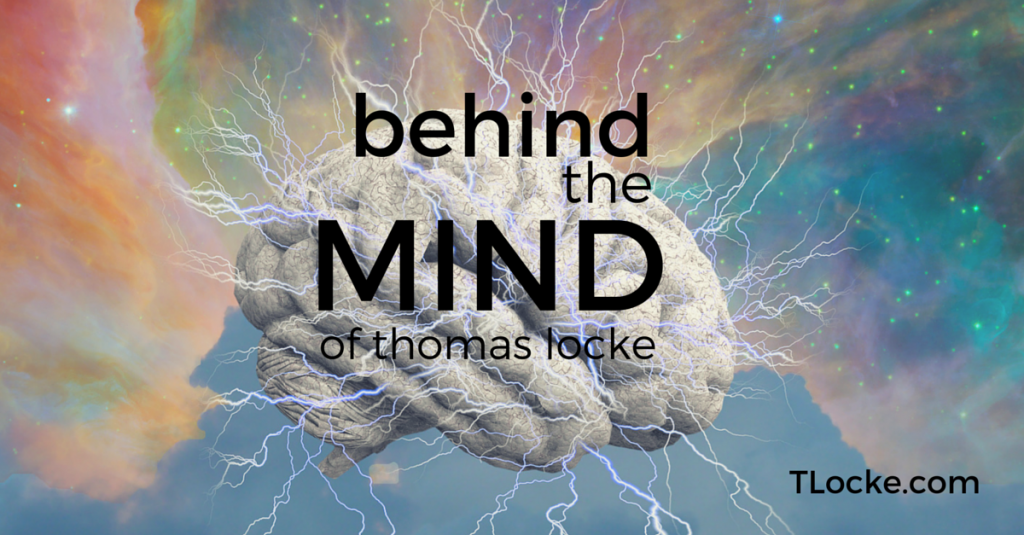 Very early in my career, I wrote three YA sci-fi novels using the Thomas Locke pen-name. A couple of years later, Bethany House Publishers decided the stories had been successful enough to re-issue the trilogy as one big fat book, Dream Voyagers.

I had plans in place to continue with a new series. Then Janette Oke and I began working on a series together, and there simply wasn’t time to do both. So I set it aside, fearing that it might be for good. Who knew?

This fall, I spoke at a writers conference in Pennsylvania. A young woman came up to me afterwards and said she had grown up with Dream Voyagers as her favorite novel. She had taken one of the concepts from that book and fashioned it into the core element for her own novel, which had just been published.

I was thrilled beyond words.

My inspiration for Recruits

This whole idea for a YA series called Recruits grew out of one question, which I woke up one early morning asking myself. (A perfect example of a highly skewed brain.)

What would happen if humanity had been established on a number of planets, and only now had reached the point to reconnect?

Obviously the first answer was, our distant cousins drop in for a visit on space ships. But what if they hadn’t known about us either, and then there is this talent that’s discovered, one that allows certain people to transit between planets…

By this point I was up and dressed and typing fast as my poor fingers would go, trying to get some fragment of this tsunami of images down while they were still crystal clear.

That happens sometimes; one concept just springs full-blown into a whole story.

As far as the characters themselves, I actually did not know who would be the key people until I started writing. That happens sometimes.

When I sat down in that pre-dawn hour and began work on this concept, I knew Sean and Dillon. I knew them. They were real; I heard them talk; I saw how they were together. How each twin struggled to find his own identity and yet how deeply bonded they remained, even when they fought. It was one of the most remarkable creative experiences I have ever known.

This was the first in my entire career when I met twins in such a way. I have only had one set of identical twins as friends, and that was during high school. I still remember the struggle they had between searching out who they were, and wanting to remain close to their brother, even when it was at the worst. And there were a lot of “worsts.”

The only way I can describe my creation of identical twins is, natural. I did not actually “create” these characters at all. Rather, I described people who are living entities inside my mind and heart.

Note, I did not say they “lived.” There is no past tense here. I have recently started work on the sequel to Recruits, titled Renegades, and Sean and Dillon remain as close and bonded with me as on that very first dawn.

The Creative Process Behind Recruits

When I first started writing for young adults, a successful author of fiction for teen girls told me: “The one rule of writing good YA is to treat the entire book as a hundred-yard dash. Start fast; go faster.”

She didn’t mean that every scene has to have action. Rather, every component of the story has to be driven by urgency and big events.

I really like this. I mean, not just as a writer. I like this as a reader.

Certain elements of every good story galvanize the creative process. For Recruits, the first two “big bangs” were the train station and Carver, the colonel who serves as the twins’ first instructor.

In many cases, I don’t know what the first pages or chapters will look like until I am well into writing the story. Then when that “big bang” arrives, it carries a sense of, WOW, THIS IS GREAT. I have to feel this before I can write the first chapter.

In a couple of cases, I have actually completed the entire first draft, all except for those vital first ten or twenty pages, before that WOW arrived.

In the case of Recruits, however, I started with the “wow.” The bang was just sitting there, waiting for me to begin writing.

The twins, who grew up in a very difficult home environment, were in their bedrooms, mentally escaping into a world where a tubular train station with modulated gravity sends passengers off to a world they knew – they just knew – was out there waiting for them.

Then Carver shows up, and the first thing he tells them is, “Guys, the train station is real, and if you want, you can go there.”

Recruits releases February 14, 2017. Visit my website to pre-order your copy from your favorite online bookseller.