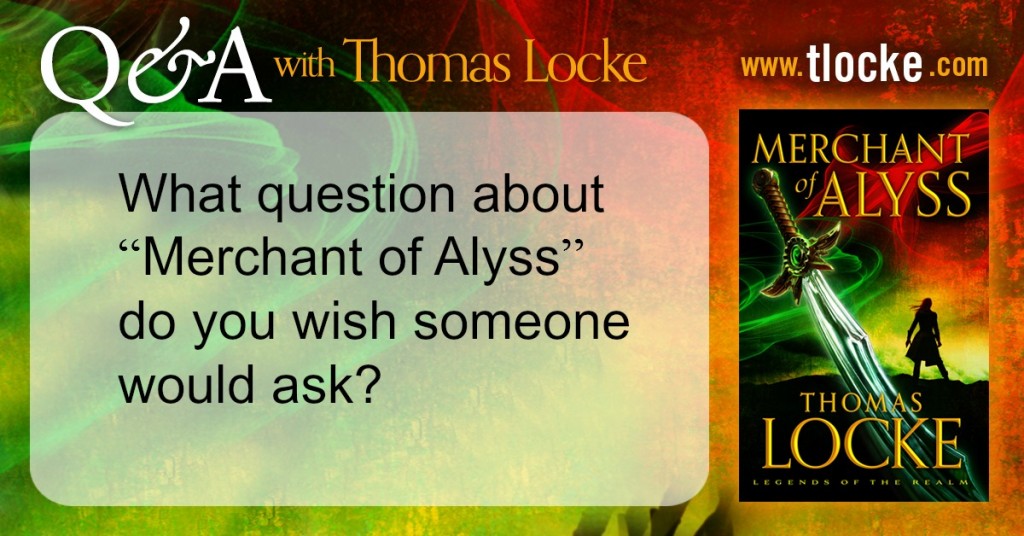 Thomas Locke: I wish someone would ask these two questions:

How did you develop such a sense of natural flow out of a realm that doesn’t exist?

How did you manage to structure a fantasy where the logic and surprise fit together powerfully?

I feel this is a crucial element of both Emissary and Merchant of Alyss. And with these two books, the answer is extremely different.

With Emissary, it came together as naturally as breathing. This happens sometimes. I wish it happened more often, but that is really in God’s hands.

With Merchant of Alyss, it was the exact opposite. I burned with this story. I had to write it. The passion and the joy were immense. But it was still such a struggle. And the first draft reflected this.

Six weeks later I did another total redraft. Then I sent it to the editors, who said, “Don’t change a thing.”

Then I did the entire process a third time. It went into line edits. And I did it a fourth and final time. A lot, lot, lot of work to make it as smooth and simple as Emissary was at first draft.

Your turn to ask a question!

Do you have questions about the Legends of the Realm fantasy series? Ask away in the comments, and I’ll respond in future blog posts.