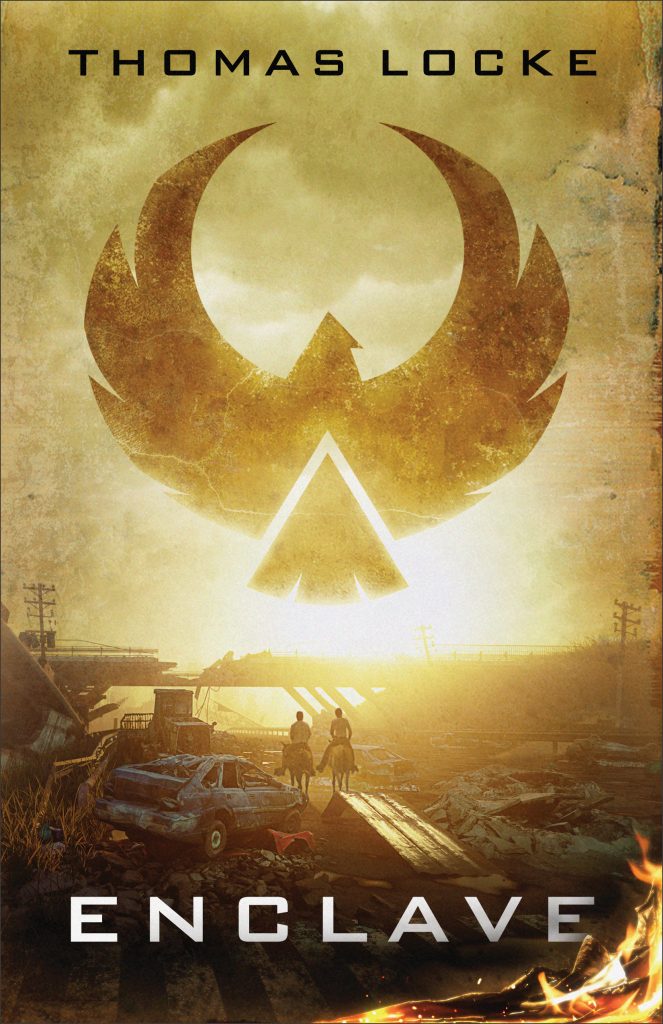 To save his enclave’s future, he must risk his own.

Nearly one hundred years have passed since the Great Crash. What was once America is now a collection of enclaves, governed at the local level and only loosely tied together by the farce of a federal government.

Catawba, one of the largest and most affluent enclaves in the southern region, is relatively stable. It maintains successful business relations with nearby enclaves. But when a new vein of gold is discovered beneath the feet of its citizens, it’s only a matter of time before trouble finds them.

Yet Caleb is keenly aware that if his secret were exposed, he would not live to see another dawn.

“If you enjoy science fiction/fantasy/speculative fiction, you need to read this. The writing is tight and evocative, but not highly emotional.”
—Margaret N., Amazon review

“Locke has melded his ability to craft a quest story to this genre and given us something altogether new. Call it ‘future fantasy’ if you will, but Locke’s genius is to apply what he already does very well, the Hero’s Journey, and give it to us in a new format..”
—D. Milbrandt, Amazon review

“Enclave takes the reader into a semi-civilized dystopia of the future United States. The tale is a weaving together of X-Men and the Western world of Louis L’Amour.”
—Seth M. Evans, Amazon review