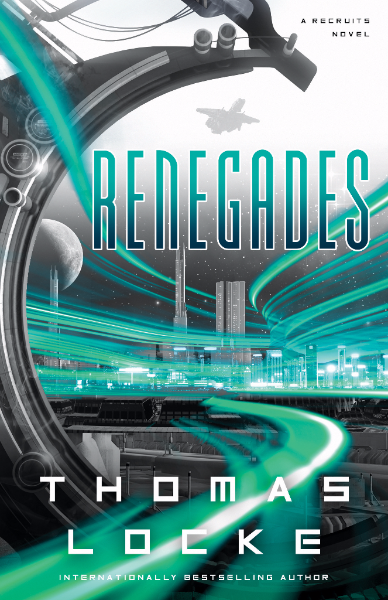 Twins Sean and Dillon are using their transit abilities for good—but not everyone sees it that way.

Arrested and imprisoned by a clandestine group within the highest reaches of the Human Assembly, Sean and Dillon are forced to choose sides between those who wish to serve and those who seek to rule.

At the same time within a distant outpost, a young soldier is coming into his own. Logan has known since childhood that he possesses a special gift—he can detect others who have the ability to transit, or ghost-walk. Though ghost-walking has been outlawed for centuries, Logan is secretly drawing together a crew for a risky quest.

The fates of these three young men will lead them, along with the entire Assembly, to the brink of destruction in this inventive tale of adventure, honor, and the things worth fighting for.

“In this sequel to Recruits, twins Sean and Dillon Kirrell, having honed their transport skills as interplanetary travelers, run afoul of a secret government group intending to use their powers to conquer other planets. The boys must make choices that could destroy their universe. Locke crafts a fast-moving sf thriller that questions what is worth fighting for.”
—Library Journal