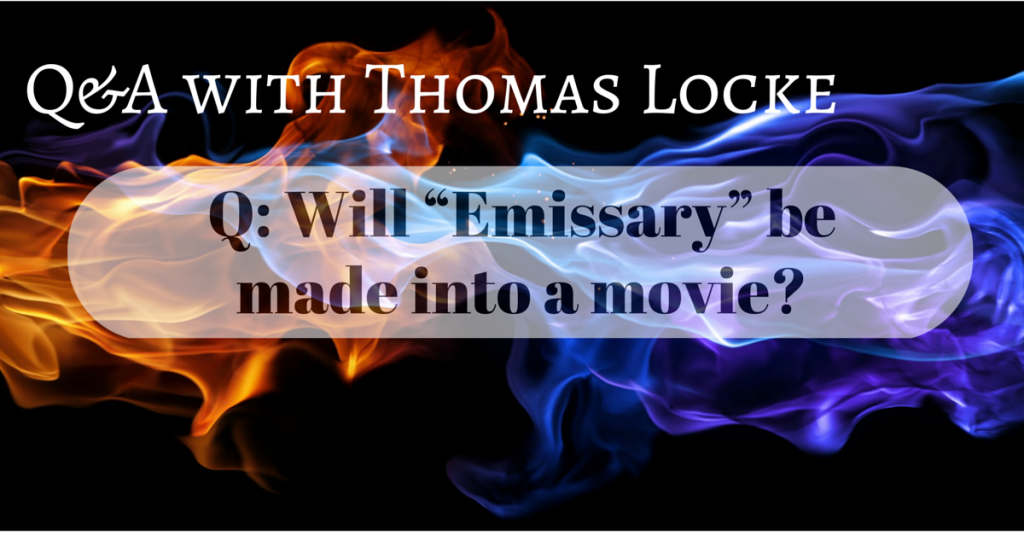 Q: Do you foresee the books in The Legends of the Realm series being made into major motion pictures?

Thomas Locke: Two weeks after signing the book contracts, I received word that a UK film company had decided to acquire film rights to Emissary. I desperately wanted to write the script, but for a project of this size there was nothing I could say that might influence the producers.

So I wrote the first act and sent it to them just before Christmas, 2013. I was contracted to write the screenplay in January 2014.

When I returned to the UK in July to teach at the Oxford-Cambridge summer conference, I met with the producer and director to go over the revision process.

The next step is making an initial presentation to prospective investors. It’s difficult to predict the timing of when a film will begin production, because decisions must be made about who will play the starring role. Funding often hinges on who the star is, and the star’s availability determines when the film begins production.

A lot of work is going on behind the scenes, and I’ll keep you posted as things unfold.

Will EMISSARY by Thomas Locke be made into a movie?

2 Responses to “Q&A With Thomas Locke: Will ‘Emissary’ be made into a movie?”